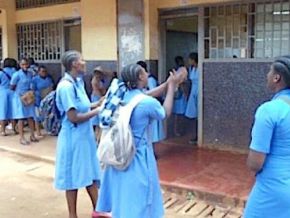 Are students being kidnapped in Bamenda?

Some rumors claim that students are frequently kidnaped from schools in the regional capital of the Northwest. True?

On social media, rumors claim that students are being kidnapped in Bamenda, Bamenda 3 notably.

They are mere lies. “Lies!  The district’s authorities went round schools to gather eventual cases of disappearances. There is none”, says Kum Leonard, a journalist living in Bamenda.

Furthermore, CRTV has belied the rumors during its news sessions. This rumor, as most of the rumors circulating in the English speaking part (Southwest and Northwest), are born from the political and security crisis in that part. Indeed a secessionist group has been asking for the region's administrative independence.