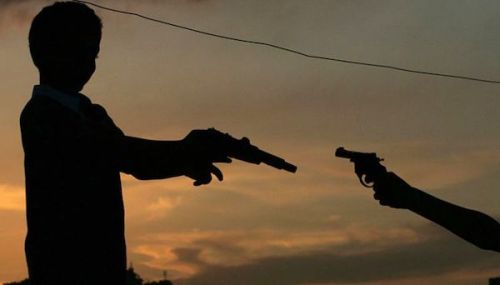 Rumors suggest a gun was found in a public school of Bertoua district. True?

A post widely shared on Facebook said that a Rhôner automatic gun was discovered on 29 January 2019 in a public school in Bertoua, the capital of the East region.

According to this publication, the weapon in question was seized from a group of students in fifth grade (CM2) at Mokolo 2 Public School, Group A. It was reportedly brought by one of the students living in the Mokolo Sembe district, in the Bertoua 1st district, in a condo whose landlord is currently abroad. The pistol would belong to the house’s security guard.

A checking showed that an automatic gun was indeed discovered at the public school of Mokolo 2. The information is confirmed by the competent authorities on site. But the facts date back to Thursday, January 31, 2019, a reliable source told the Regional Delegation for Basic Education (MINEDUB) in the East.

According to our source, the gun in question had been brought by a fifth grader who “believed it was a toy”. But the weapon was not loaded, we learnt. During break time, the little boy took out the gun to play with his classmates.

Alerted, the teachers took the weapon and informed the police. Elements of the Public Security Police Station of the second district of Mokolo 4 went to the scene and took the gun with them. When questioned, the child said that he took the gun from a neighbor he was staying with in the absence of his mother, who had gone to the field.

School authorities assured they will enhance vigilance to ensure that this type of incident does not happen again in the future.