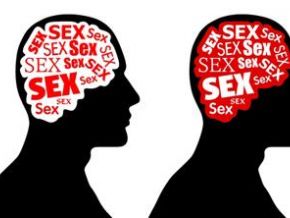 No, men do not think about sex every 7 seconds

There is a common belief according to which men think of sex every seven seconds. Is it true?

A saying has been around for long claiming that men think of sex every seven seconds. Well, this is not true.

Recent researches have shown that men do think of sex but not quite often as people imagine. On average, a young man thinks of sex every 28 minutes (34 times a day) while women do think of it every 51 minutes (18 times a day), the research conducted by psychologists of Ohio University reveals.

This research was conducted on 18-25 year old students who were asked to count the number of times they think about sex, food and sleep in a week. The research also revealed that those who think of it the most are those who are usually comfortable with their sexuality.

"If you had to know one thing about a person to best predict how often they would be thinking about sex, you'd be better off knowing their emotional orientation toward sexuality, as opposed to knowing whether they were male or female (…) "Frequency of thinking about sex is related to variables beyond one's biological sex,” lead author of this research Terri Fisher said.

"It's amazing the way people will spout off these fake statistics that men think about sex nearly constantly and so much more often than women do…When a man hears a statement like that, he might think there's something wrong with him because he's not spending that much time thinking about sex, and when women hear about this, if they spend significant time thinking about sex they might think there's something wrong with them,"  the psychologist continued.

For her, it is important to break stereotypes on men’s sexual thoughts.

Overall, even though men do not think about sex every seven seconds as claimed, they do think of it twice as much as women.