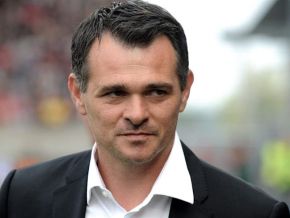 No, Willy Sagnol has not been selected as the new coach !

Yet, some people claim that he has been chosen by Cameroon’s football federation. True?

Even though many people claim that Willy Sagnol is the new coach who will replace Hugo Broos, there is no official indication of who could be the new coach.

For the time being, these claims are just unjustified rumors. According to a sports columnist, the new coach could  be someone who hasn't even expressed interest. To illustrate his point, the journalist pointed out that when they were selected at the time, Hugo Broos, Volker Finke or Otto Pfister didn’t send their application.

For the record, on March 9, 2018, FECAFOOT issued a call for application for those who wanted to coach the national team. They had two weeks to send their applications. At the end of that period, 77 candidates from fifteen countries were on the list. For the time being, Alexandre Belinga ensures the interim.