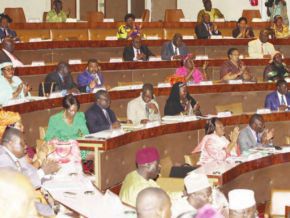 Apparently in Cameroon, women are under-represented in decision-making bodies

According to popular belief, discrimination against women is still important in the government, decentralised local government representations and even prefectures.

Are women under-represented in decision-making bodies in Cameroon? The answer, considering the report published by the National Institute of Statistics (INS) in April 2017, is invariably “yes”. Indeed, this report entitled “Women in the changing working world: 50-50 planet by 2030” reveals a low representation of women in the Senate.

Based on the results from the last senate election, there are 21 women senators out of 100 in total. Among the 70 elected senators, 25.7% are women, while out of the 30 appointed, 10% are women.

The percentage of women is virtually zero in prefect positions. Since Decree N°2013/292 dated 06 September 2013 on prefect appointments, the prefect corporation has only one woman out of 58 prefects, thus a representativeness of 1.7%. Same situation with regards to women deputy prefects. Since 22 April 2013, date on which deputy prefects were appointed by presidential decree, Cameroon has 7 women among the 360 deputy prefects who are operating in the Ngaoundéré III (Adamawa), de Gazawa (Far North), de Bikok (Central), de Nkolmetet (Central), de Somalomo (Eastern), Garoua III (Northern), Bafoussam III (Western) districts.