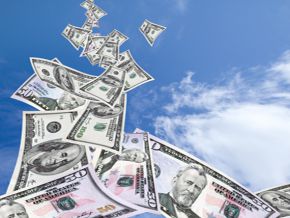 Cameroonian businessmen are often seen abroad as virtuoso financial conmen. Is there any ground to this?

There is a preconception which endures in Cameroon and beyond. It is said that Cameroonians are conmen, “feymen”, to use the accepted term. It is said that foreigners get suspicious when they are about to start business with a Cameroonian. A bad name which dates back to the 90’s with the rise of “feymania” promoted by Cameroonian Donatien Koagne.

He was a notorious conman who pretended to be able to transform simple white sheets into crisp dollars notes. His roster of victims included rich individuals all the way up to African Heads of State (Sassou Nguesso, Mobutu, etc.). The one who liked to be referred to as “the king of Cameroon” died in 2010 in a Yemeni prison where he was jailed for yet another con.

Donation Koagne thus gave celebrity status to a practice of illicit enrichment which was taking place on the quiet. Feymania still has a negative connotation but its adepts manage to hoodwink their victims with sweet-talk. Dough, showing off and foreign travels are their magic words, one can read in an extensive study by Dominique Malaquais on this phenomenon (Ref Anatomie d’une arnaque: feymen et feymania au Cameroun).

Their operating grounds include fake matchmaking agencies as well as real estate agencies or any other dummy companies. Today, the term feyman is somewhat dressed up with other expressions such as “businessman”. As long as there are people gullible enough to be conned, there will be convincing feymen .