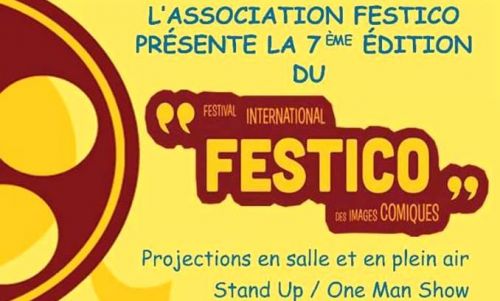 No, Festico 7 has not been cancelled

Rumors have it that the seventh edition of Festico has been cancelled. Is it true?

Since April 1, 2019, there has been social media posts announcing that the 7th edition of Youndé international festival of comedy films (Festival international du film d’humour et de comédie de Yaoundé-Festico) has been cancelled for reasons that are still unknown.

On Facebook, the rumor sparked users’ sympathy, some of whom cursed the ministry of arts and culture for not providing enough support to festivals in Cameroon.

Some of those users compared this supposed cancelling to the organization of the 2019 AFCON that was withdrawn from Cameroon. They consider it as the country’s inability to organize an event. "This is not a surprise, Cameroon is used to it ; After the AFCON, the cultural sector is paying the price,” a user commented.

This information is false, however. It is indeed an April Fools joke. "When we published this April fools joke, we witnessed the public’s love for Festico 7. Within hours, 2670 messages landed in our inbox (Facebook & WhatsApp). Thanks for your fidelity,” the organizers wrote on the Facebook page of this festival.

According to these organisers, the Festico will effectively be organized on the agreed dates. "We guarantee the organization of Festico 7 from May 2 to May 5, 2019, with the best comedy films and the hottest shows (stand up, one man show...)," the organizers added.

The festival will be launched at the Sita Bella room inside the ministry of communications in Yaoundé. There will be open-air and theatre screenings, stand-ups, one man shows, training workshops and professional exchanges.