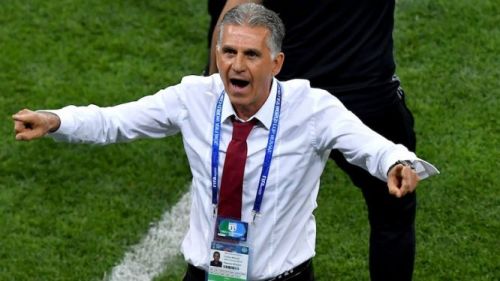 No, Carlos Queiroz is not the new coach of the indomitable lions

People claim that the Portuguese coach will be cameroon’s new coach. True?

In May 2018, rumors claimed that Willy Sagnol was the new coach of the Cameroonian national football team, the indomitable lions. This time, the Portuguese Carlos Queiroz (who is the coach of the Iranian team) is indexed by the fake news as the coach officially chosen for Cameroon.

“The name of the new coach for the Lions is not yet officially known”, a credible source close to the Cameroonian football federation FECAFOOT, revealed.

In addition, there is no indication on the FECAFOOT’s website and official Facebook page. “It is sure to test the public’s opinion before choosing a coach. It is a manipulation strategy”, our source explained.

Actually, Carlos Queiroz, 65, has been the Iranian national football team’s coach since 2011. His contract will end in July after the World Cup. “The 65 year old Portuguese declined a contract proposition from the Iranian federation which offered to extend the contact till the FAC Asian Cup 2019”, sport.be published in May 2018. Some days ago, lequipe.fr informed that the Iranian government proposed to extend the coach’s contract by 6 months.

Well, the coach who will replace Hugo Broos, sacked in 2017, is not yet known. Let’s rather say that FECAFOOT’s standards committee in charge of the case has not yet rendered its official verdict. It is worth mentioning that following the call for application launched on March 9, 2018, for a new coach, 77 candidates from fifteen countries applied to replace Hugo Broos whose interim is assured by the Cameroonian Alexandre Belinga.