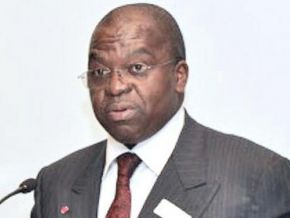 The minister is supposedly threatening to sue the culprits.

On Facebook, there are about ten accounts under the identity of Louis Paul Motaze (photo), the minister of economy, planning and land development.

Some internet users even send friend request to some of these accounts as being “friend” with a minister seems not so bad. Only, the ministry concerned revealed in a statement date July 26, 2017, that the multiple accounts were created by cybercriminals. “Louis Paul Motaze hereby informs the public, nationally and internationally, that Facebook accounts were fraudulently created in his name. He has never had a Facebook account and warns all those that intend to or have already contacted these fake profiles,” the statement reads.

The minister also declared that he will sue all those using his name and pictures to disseminate fake information and abuse the public.