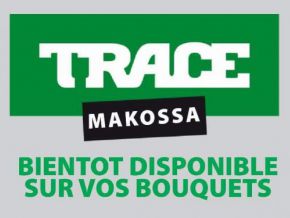 Is the Trace group really planning to launch Trace Makossa?

A logo online announces the upcoming launch of this channel which will be fully dedicated to this Cameroonian style of music.

As Trace recently launched a channel fully dedicated to Nigerian music, Trace Naija, Cameroonians, envying their neighbor wish for the same. In fact, a creative web user has designed a Trace Makossa logo which is currently going around the internet; boding the upcoming launch of the channel. This is false.

Trace Makossa is supposed to broadcast the best tracks of Makossa, a much-loved Cameroonian style of music. Truth is the Trace group has no plans for Trace Makossa and it is not even one of its brands. Also, Makossa music is already broadcasted on Trace Africa (launched in 2011), just like Afro-pop, zouk, coupé décalé and many other styles of African music.

Regarding Trace Naija, launching the channel was quite logical seeing how Nigeria’s music market booms. Also, the country has a population of more than 186 million people, thus eight times Cameroon’s which stand at 23 million of people. In addition, Cameroon’s music is quite segmented and varied. It is therefore not financially viable to launch Trace Makossa. Even if it was possible, then why not Trace Bikutsi, Trace Ben skin, etc.? Well, dreaming is allowed…