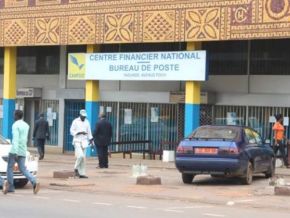 Has Campost launched a competitive exam on October 27, 2018?

It is said that Campost has commissioned a local telecommunications operator to cash fees for a competitive exam it launched.

Actually, there is a fake announcement on social media inviting Cameroonians of 18 to 37 years old to submit their application for a competitive examination initiated by CAMPOST to recruit 145 post office officials this year.

The fake announcement further indicates that this examination will be conducted on October 27, 2018, in all the regional capitals in the country.

It also lists the required documents, to be submitted in any post office in Cameroon before October 12, and, a CFA10,000 examination fee to be paid to a local operator via mobile money on 663 91 40 67.

In an official communiqué published on September 28, 2018, Lucien Nana Yomba, CAMPOST’s interim general director explains that the signature and stamp at the end of the fake announcement are visibly a scan of the original.

The official also says that CAMPOST wouldn’t have commissioned a private operator for such operation.

Finally, he informs that CAMPOST will make use of all the legal means to hunt the authors of such criminal act. In the mean time, every citizen is invited to be vigilant and promptly report scammers.