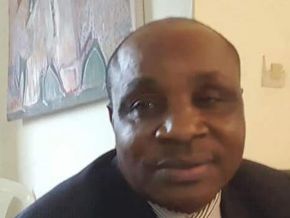 According to information, the former music producer was killed in his house by armed unidentified persons. Is it true?

The news of former music producer Jean-Pierre Saah’s death has been shared on WhatsApp since April 1, 2019, but some people think that it is a hoax because, in 2014, there was a rumor announcing that he was arrested in the United Arab Emirates for defrauding people. According to that rumor, the music producer had his eye plucked out and his fingers cut as it is usually done to thugs in the Gulf country.

In 2015, there was also a rumor indicating that he was arrested in the Philippines for a scam scheme that went awry.

The renowned founder of JPS Productions was killed when unidentified persons assaulted his house on March 31, 2019, at Bonabéri, in Douala. This has been confirmed by his family.

It is said that he was killed at about 10 PM by armed men who were waiting for his return. For the time being, there is no precise cause of death. According to some people, he died from his wounds while some others say that it is rather of strangulation. Anyway, the investigation launched by the police will surely find out what is true and what is false.