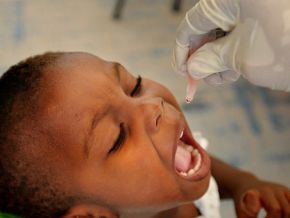 Polio did reappear in Cameroon

Poliomyelitis reappeared in Cameroon, a few days after the country was declared polio-free. The public health ministry evoked the “occurrence of a new polio outbreak following the confirmation of a case of type 2 poliovirus detected in samples taken from the environment in Mada, in the Far North.” The discovery of this case, according to the government, constitutes “a public health emergency of international concern and a high risk of spreading the virus that could impact the progress already made in the polio eradication process.”

The ministry assures that it has taken “the necessary measures” including the upcoming organization of response vaccination campaigns. The objective being “to stop within 90 days the transmission of the polio virus among the population throughout the country and beyond our borders,” said the Secretary of State for Public Health in charge of the fight against epidemics and pandemics, Alim Hayatou, in a statement issued on May 29.

This case of polio comes four years after the disease stopped spreading in the country in 2015. Polio is a highly contagious disease caused by a virus that invades the nervous system and can cause paralysis or even death within hours. There is no treatment, only vaccination can prevent the disease.