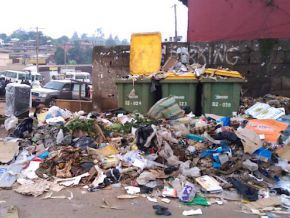 Will the garbage disposal company Hysacam really lose its monopole?

Will the garbage disposal firm Hysacam lose its monopole? This question was raised lately as the press talked about the liberalization of the sector which up till now was controlled by Cameroon’s health and sanitization company, Hysacam.

According to a mail of the General Secretary of the Presidency, Ferdinand Ngoh Ngoh, of which we got a copy, the company will really lose its monopole.

Indeed, on January 25, 2017, the general secretary wrote to the prime minister on the matter. The letter’s subject was: “Garbage management in urban centers”. “For a better management of the sector mentioned above and, taking into account the recurring problems faced by Cameroon’s Health and Sanitization Company, Hysacam, I hereby inform you that Mr. President prescribed the liberalization of refuse collection and disposal in urban centers,” the letter reads.