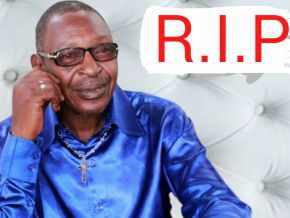 According to rumors, the renowned singer of bikutsi has died. True?

Mbarga Soukous, the singer of the famous songs Essamba and Long courrier (excerpt of Essamba officially released in 1990), has died in the night of November 29, 2017. He was hospitalized at Jamot hospital in Yaoundé. Gibraltar Drakus, a singer, and friend of the deceased said that Mbarga Soukous’ “corpse was transferred to Yaoundé gyneco-obstetric hospital’s mortuary” that night.

The 64-year old singer thus lost his battle to a long illness. Indeed, two months ago, he confided to us, a cardiologist's medical prescription at hand, that he was recovering from an illness which nearly took his life.

This time, the titan of bikutsi rhythm has left, taking with him his musical composition’s mastery. The steering committee of Festi-Bikutsi, the festival dedicated to this rhythm of the forest, is distraught. “Next year, we will celebrate the 20th anniversary of Festi-bikutsi without a tenor of bikutsi. Mbarga Soukous is no more. Rio the giant!”, Léontine Babeni, co-promoter of the festival, wrote.

On November 15, 2015, during Festi-bikutsi, the tenor received a special award for his songs. He is leaving behind a strong musical heritage, four children, and a grieving widow.

You can listen to Long Courrier here: https://www.youtube.com/watch?v=caK11rIN9j4