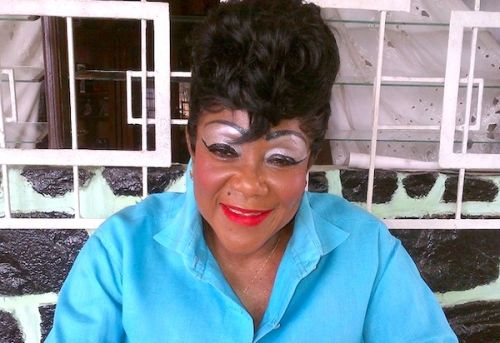 No, once again Mama Nguea is not dead

A Facebook post dated February 2 and highly relayed claims that the artist has passed away. Is this true?

Since February 2, a highly shared Facebook post claims that singer Nguea Laroute, a.k.a Mama Nguea, has died. "Mama Nguea is dead: After several months suffering from diabetes, Nguea who already had her feet amputated, died on February 2 leaving her sisters, family, friends and fans in grief. We have lost a mother, an aunt, a friend, and a true music icon. Rest in peace (written in extenso, editor's note)," an article by BUZZ paparazzi reads, a Facebook page with more than 2900 followers. Below the post are sad comments from Internet users who commemorated the artist and sent their condolences to her family.

"Really, is this true? Rest in peace, Mama Nguea," an Internet user wrote in shock. But here's the thing: Once again, this rumor is false. "Mama Nguea is still alive. The day you will see a publication from me in the media announcing her death, it will be true. But as long as I haven't made any such publication, don't take everything that's said about her at face value," says singer Nicole Mara, who relays information on the artist’s health.

This information is corroborated by fellow journalists, who are closely following the news about the singer, who suffers from diabetes and is currently hospitalized at the Laquintinie hospital in Douala. "So much the worse for jealous people who want me to get ahead, it's up to God to decide. There's no point in getting up in the morning and saying anything on social networks," Mama Nguea said on 20 February 2019, when rumors had it that she was dying, as you can read here.