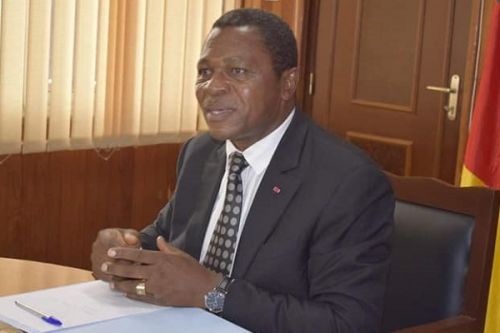 In only 4 months, people in Cameroon’s Anglophone regions have paid CFA540mln worth of ransoms (official data)

People were forced to pay ransoms either for the release of hostages or to avoid being attacked.

The populations in the Northwestern Capital of Bamenda have filed 340 complaints for ransoms asked by separatist armed groups, the Minister of Territorial Administration, Paul Atanga Nji (pictured) said.

Atanga Nji says over the past four months, people were forced to pay a total of CFA540 million in ransoms either for the release of hostages or to avoid being attacked. According to him, the sums were sometimes even paid by mobile money but it was not however possible to identify all the recipients. To remedy this situation, the Minister of Territorial Administration called on all mobile operators, especially those who offer mobile money services, to register all their subscribers within 45 days.

“We have new subscribers, we have subscribers whose national IDs have expired and others whose identification may be incorrect. We correct these situations on an ongoing basis. So it's difficult to limit this work over time,” a source explained.

Operators, including Orange and MTN, say they are eager to work with the government and conduct Mobile Money activities in strict compliance with the regulations in force.