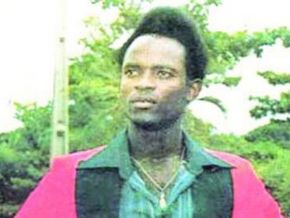 Has a monument been erected in Nigeria to honor a Cameroonian?

It is in honor of Prince Nico Mbarga, leader of the Rocafil Jazz group, who sang the song Sweet Mother.

The said monument is located in Ikom, Cross River state in Nigeria, not far from the border between Cameroon and Nigeria. It was erected in honor of Prince Nico Mbarga, leader of the Nigerian band Rocafil Jazz which created the Panco, a fusion of the West African high-life styles and of the Congolese Rumba.

With his band, Prince Nico Mbarga sang many songs such as Aki Special, Christiana, Wayo in law and the renowned track Sweet mother (1976). Written in Pidgin English, Sweet Mother is an ode to mothers on the African continent and the song has become one of the 20 well-known tracks. About 13 million to 30 million copies of this album were sold in the 1970s.

The monument was erected on December 30, 2017, to commemorate the 20th anniversary of the singer’s death. It was supported by his children and some good will people who wanted to celebrate the singer’s career and his life in Ikom where he lived and set a business.

Born on January 1, 1950, in Nigeria, Nicolas Mbarga alias Prince Nico Mbarga, was a singer and songwriter whose father was a Cameroonian but his mother was a Nigerian. He has been an active singer from 1970 until his death in Calabar on June 24, 1997, in a motorbike accident.