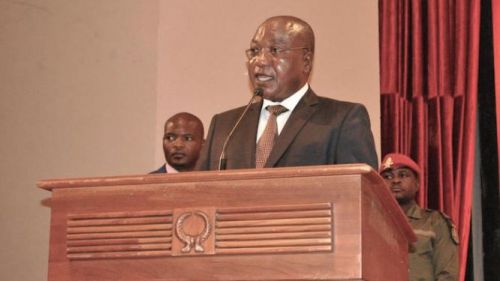 No, the "Secure consignment note" is not a tax scam

A strike slogan is currently ongoing among Cameroonian "transport unions" doubting the “Secure Consignment note” might be a Cameroonian tax scam. Well, this is not a scam. It's actually a legal requirement. Fru Jonathan, the Secretary General of the mines Ministry shed light on the matter last August 31.

According to him, the “Secure consignment note" is a ticket with eleven security levels and is printed by the same organization that prints receipts and other documents used by the Finance Ministry. The consignment note provides information on the volume of non-licensed substances extracted and their sources. It is distributed by Cabinet Emergent 2000 SARL, under the control of competent services of the mines Ministry. The document helps the tax administration to collaborate with actors of the mines sector.

According to the Secretary General, this activity falls in line with the appraisal of the so-called "development minerals" featured in the Program 376 dedicated to the development of mining and geological resources, with the main goal of increasing the contribution of the non-oil mining sector to the country's GDP.

The government's main focus is to establish a suitable roadmap for a sustainable exploitation of these minerals and valorize their potential. The minerals include sand, pozzolan, laterite, sapphire, marble, limestone, ornamental stones, tourmaline, garnet, etc.

“The secure consignment note is in accordance with the African Mining Vision, the objectives of the International Development Minerals Program, implemented by our partners and also complies with the provisions of Articles 470 and 556 of the General Tax Code,” Fru Jontathan said.

The official also mentioned that the secure consignment note is operational in four of the ten departments in the Central region in order to assess its effectiveness, as part of a pilot phase. “Any interpretation contrary to these developments is only intended to prevent the administration in charge of Mines from fulfilling its missions and the State from increasing its revenues in a sector dominated by the informal,” Fru concluded.