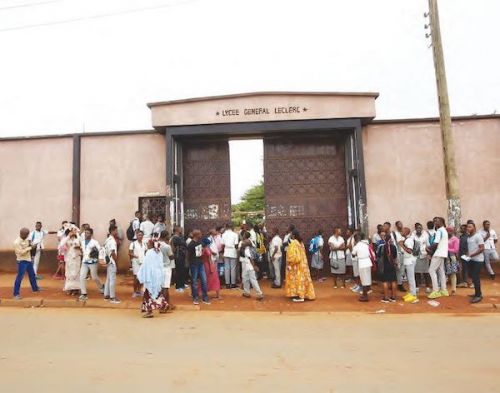 No, the offices and classrooms at Leclerc High School did not burn down

Rumors suggest that the fire that occurred on Monday 3rd February 2020 at the Leclerc high school, in Yaounde, burnt down the administration offices and classrooms.

“Breaking News: At the moment, a big fire is burning down Leclerc high school in Yaounde. Everything is burning! I hope that after it is rebuilt, it will finally be renamed: Lycée Um Nyobe (named after the Cameroonian nationalist who was assassinated on 13 September 1958, ed),” a Facebook user posted.

In reality, it was three sheds in the canteen at the school's backyard that burned down. The main buildings, which house the offices and classrooms, were not affected by the flames. According to the headmaster, André Fouda, the fire started due to a gas cylinder left open in the canteen.

Had it not been for the prompt intervention of the fire brigade, who quickly brought the fire under control, the fire could have spread to the rest of the buildings. “There was more fear than harm,” says the principal. As a reminder, Leclerc is the oldest high school in Cameroon. President Paul Biya studied there.