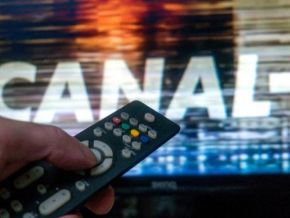 For some days now, many Canal+ subscribers have been wondering if the cable television channel will really stop broadcasting the channels of TF1 group in Africa.

On Thursday, March 1,2018, Canal+ announced in a press statement that it will stop broadcasting the following channels from TF1 group namely TF1, TMC, TFX and TF1 séries Films, LCI.

The reason for this statement was as a result of a commercial misunderstanding between TF1 Group and Canal+. Indeed, the broadcasting contract between the two expired on February 28, 2018 and in the new broadcasting agreement, TF1 group required payment for the broadcasting of its channels.

The following days, this decision from Canal+ was extensively shared by online Media spurring diverse responses from African subscribers. Some were puzzled while others were outraged but the main question was if Canal+ will really stop broadcasting TF1 group’s channels in the continent.

Canal+ group answered this question on its Facebook page on March 2, 2018.

“African territories are not affected.  The contract to broadcast TF1, TFX and TMC for many years has been renewed early 2018. The current negotiations won’t affect the broadcasting of TF1 in our Canal+ offering in Africa”, the group wrote.

So, Canal+ won’t stop broadcasting these channels in Africa.