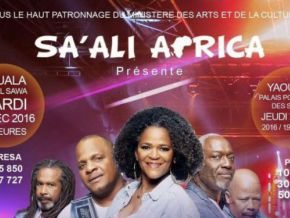 Those who bought tickets to see this legendary group perform, are convinced they will not get their money back. With good reason?

The issue is on a lot of minds. Is there any sense in hoping that tickets sold for the Kassav concert which should have taken place in December, then postponed to March will be refunded? The organisation committee for these cancelled performances assure the general public that every cent disbursed will be refunded starting from 6 May. In a press release dated 30 April this year, Freddy Etame, sponsor of the company Sa’ali Africa swears that those who bought tickets to attend the concert will be paid. Said tickets were sold at FCfa 10,000, 30,000 and 50,000: to either attend the charity dinner on 20 December at Hotel Sawa in Douala or the concert on 22 December in Yaoundé.

Despite the assurances of Mr. Etame, one does not need to be a genius to understand that it will be very difficult to satisfy everyone. Especially as in the beginning, Sa’ali Africa planned to sell 7,000 tickets throughout the Central African sub-region. However, their communiqué only mentions Cameroon and specifically the city of Yaoundé as the area covered for refunds.

Indeed, to get their money back, the beneficiaries will have to queue starting from Saturday, in Dovv supermarkets; located mainly in the capital. Others will have to stand outside radio Soleil Fm, broadcasting from Yaoundé and scheduled as partner for this giant concert. The latter having been officially cancelled because of “disagreements between the manager of the group Kassav and the sponsor Sa’ali Africa”. The telephone number 679 53 58 50 was communicated for more information.

We promptly asked the man on the line how a person living in Marwa, in the Far North region, could be refunded. “You only have to record your ticket on film and send us the picture via WhatsApp with your ID card number, he replied. After checking that the ticket is authentic, we will transfer you the money”. The refund process is shaping up to be a long and perilous affair.