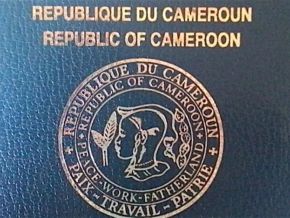 Once married to a foreigner, does a Cameroonian woman automatically lose her citizenship?

It is said on the streets that this type of marriage causes the woman to automatically lose her citizenship.

Many say on the streets that “the Cameroonian law does not authorize dual citizenship”. This is especially widely thought when it comes to Cameroonian women who marry a foreigner.

Truth is that, according to the first paragraph of Chapter 4, art. 32 of the June 11, 1968 Act on the Nationality Code, “a Cameroonian woman who marries a foreigner can keep her citizenship, unless voluntarily renouncing to it during the marriage ceremony.

Loss of nationality is therefore not automatic. The second paragraph of the same article states that “Renunciation can be done without prior authorization, even in the case where the woman is a minor. However, it only stands when the woman acquire or can acquire the nationality of the husband, under the law regulating citizenship in his country.

Excluding this exception, the law states that “a Cameroonian who, having reached the age of majority, voluntarily acquires or retains a foreign nationality”, loses his citizenship.