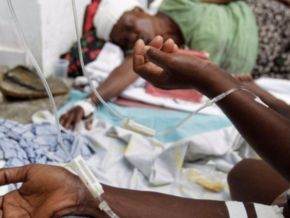 Yes there is currently a cholera outbreak in the North!

It is said that this contagious disease caused 20 fatalities in Garoua and its surrounding communities. For real?

Since May 2018, residents of Garoua and its surrounding communities have been victims of a cholera outbreak. In a press statement published on September 3, 2018, the regional representative of the health minister indicated alarming figures. “To date, eight health districts are affected by the outbreak in the region with 180 cases and 20 fatalities,” Dr. Arabo Saïdou wrote.

The official assured that with the support of international organizations such as the World Health Organisation and UNICEF, measures have been taken to contain the epidemic. Preventive measures like water sanitation and hygiene are recommended and residents advised to bring anyone having running diarrhea (with or without vomiting) to a health center.

North Cameroon is the most affected region and this outbreak usually occurs during rainy seasons, a Garoua resident said during a phone interview. "Due to the lack of drinking water, some residents use polluted rain or flood water", he continued.