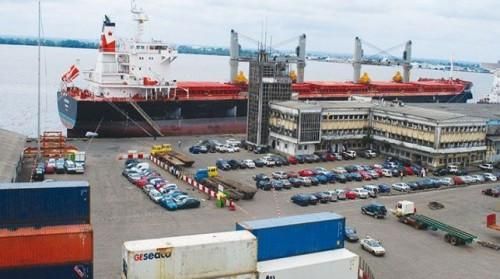 No, Douala-Bonabéri port did not invest XAF25 billion for only the securitisation of the port infrastructure

Rumors claim that the contract was awarded to a security company named “Portset”. Is it true?

Rumors have it that in January 2019, Douala-Bonabéri port disbursed XAF25 billion to pay a security company named “Portset”. On social media, users wonder “How can they spend XAF25 billion for a port’s security?”.

Stopblablacam, during its investigation, contacted Douala port and, the truth is far from what rumors claim. Indeed, Raoul Simplice Minlo, the port’s communication manager, explained that the project to secure Douala-Bonabéri port is far from a simple safeguarding project.

“It is one of the port’s modernisation key projects to upgrade it to international standards recognized in the port sector. The contract was awarded to Portsec, not portset”, the official indicated.

The contract signed with Portsec indicates that at the end of the works, Douala port will be physically secured by more than 20 kilometres perimeter fence, illuminated and protected by CCTV.

The entrances will be protected by ultra-modern equipment. Static and dynamic weighbridge will be used to weigh heavy and containerized vehicles. Turnstile doors will grant access to users after biometric recognition or badge showing to better filter entries. A mobile scanner will also be installed to check containers at their entrance as well as at their exit.

The port will be divided into specialized zones where access will only be reserved for the people and vehicles authorized to access these zones.

All those innovations will be completed with professional security staff.