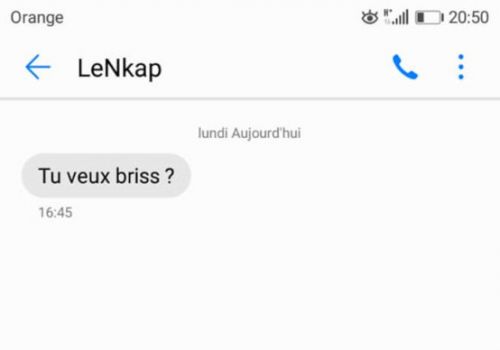 No, the Nkap SMS is not a scam

Lately, mobile phone users in Cameroon have been receiving a not-so-usual message asking them if they want to make money. Should they be worried?

For the past few days, mobile phone users in Cameroon have been receiving a not-so-usual message entitled “Le Nkap” [which means money] asking them if they want to make money. And of course, the text raises concerns among the populations who fear that it may be coming from scammers.

“When you receive a message entitled Nkap that asks if you want to make money, do not answer please, it's a fraud. When you reply, they get your number and empty your account. Share this message as much as you can to save your family and friends,” people said on social media.

The message in question is sent via a Spam SMS, which does not allow any feedback. It is not a scam. Sources at Orange and MTN said the operators are not responsible for this message but an application developer did send it to subscribers through telecom channels.

Business in Cameroon has published an article on the app launched on August 14, 2012, in Yaoundé. According to its designers, Nkap can be used for wholesale or retail trade, or the management of a law firm, a printing shop, a church, a medical center, a school, a bakery, an NGO, a town hall, a prefecture, etc.

Created by BAO Technologies, a company based in Belgium and headed by Cameroonian Lambert Fokou Kingué (pictured), the Nkap app was developed by the Cameroonian company KPS (Kingue Pierre System) Innovation. The company decided to popularize its app this year to proceed to the general public by teasing through SMS entitled “The Nkap.” This should not be seen as a new phishing method but as the launch of a commercial product. KPS will continue to popularize its app by gradually unveiling its product. 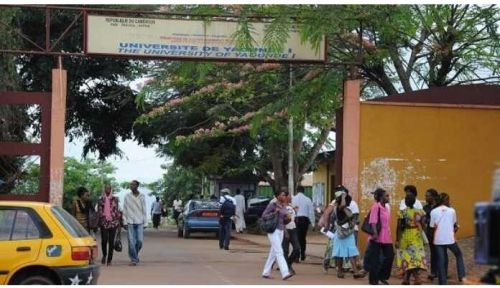 The Cameroonian Ministry of Higher Education (Minesup) plans to upgrade the living...
Far-North: Over 800 ex-Boko Haram fighters and partners return to Nigeria

The construction of the bridge over the Cross River to link Cameroon to Nigeria is...