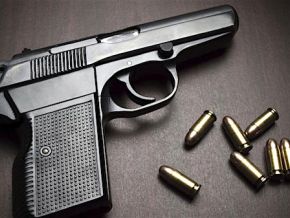 Is the detention of firearms really prohibited in Cameroon?

Some people claim so in view of the statement published by the minister of territorial administration. Are they right?

In a press statement signed on April 4, 2018, Cameroon’s minister of territorial administration Paul Atanga Nji, prohibited the detention of firearms without prior authorization.

This means that those who hold an arms license would not be sanctioned. On the other hand, they are invited to resend another license application to the competent territorial administrations.

In the same statement, it was announced that the armories in Adamaoua and in the coastal, central, northwestern, southwestern and western regions would be closed.

These measures have been taken to regulate the purchase and detention of firearms in the context of an ongoing crisis called Anglophone Crisis. Let’s note that such initiative had already been taken by the governor of the Northwestern region who prohibited the use of firearms for a renewable period of six months.