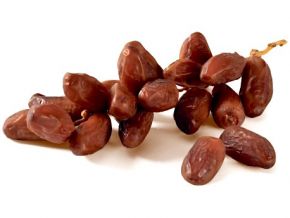 It is good to eat dates some weeks before delivery

People claim that eating dates in the 4 weeks before delivery facilitates births.

On social media, people usually recommend eating dates to facilitate delivery. They notably say that dates contain oxytocin (a hormone useful for the body system before, during and after the pregnancy) which helps in uterine contraction and milk production.

It is also said that eating them during the last month before delivery considerably reduces labor time. People claiming this also say that a research of Jordan medical university has confirmed the fruit’s benefit.

Indeed, many researches demonstrate the claims. The first research was conducted by Jordan University of science and technology. This was realized between February 2007 and January 2008 on 114 women. 69 of those women ate 6 dates daily in the 4 weeks before their deliveries and 45 took nothing. 96% of those who ate dates delivered easily while 79% of those who did not eat dates had difficult deliveries.

At the same time, the use of oxytocin drugs was sensibly lower for women who ate dates (28%) compared to the level of those who did not (47%).

In addition, the time of the first step of the delivery was shorter for those who ate dates (510 mins) than that for the women who did not eat at all (906). The Jordanian researchers then deduced that eating dates in the last 4 weeks before delivery is good.

A new randomized test conducted by the researchers of the Department of Obstetrics and Gynecology of Malaya University (Kuala Lumpur, Malaysia) in 2017 also confirmed it.