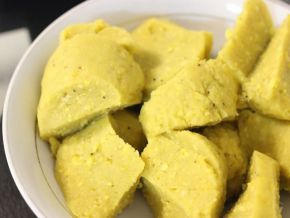 In Cameroon, when a woman is dating a man from the Bulu ethnic group, her acquaintances tease her about the test she will take once she commits to the relationship. Indeed, it is said that when the man introduces his girlfriend to his mother, the said mother challenges the girl to the “Ntouba Ekon” (pounded plantain test) to determine if the girl will be a perfect maid, plantain being one of the major foods in Southern Cameroon.

“This is just some tale”, Ze Eugénie, a middle-aged bulu woman, confided. She never went through the test nor did she ever see her mother challenge her in-laws to it. “Such a test does not exist in our tradition. Some mothers can however let their son’s bride-to-be believe that it exists to get rid of them, that is when they do not like her”, she continued.

Nadine Ndongo, a young bride, did not go through the test either. “From my engagement to marriage, my mother-in-law has never challenged me to a test. She enjoyed teasing me by mentioning the 'Ntouba Ekon' test however”, the young woman said.

The “Ntouba Ekon” test consists of a mixture of boiled ripe and unripe plantain that the future bride has to pound in a mortar to get a smooth dough. She will then throw the dough on a wall. If the dough sticks to the wall, the test is passed. If not, the bride can forget about the marriage because her mother-in-law will not give her consent to the marriage.