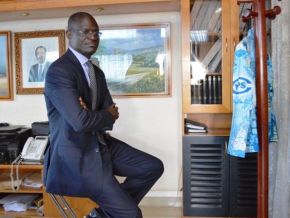 Yes, CNPS auditors on missions are illegally paid by employers

In a statement issued November 29, the Managing Director of the National Social Security Fund (CNPS) warned the body’s controllers on missions in Cameroon.

“I’m informed that, as part of missions carried out by auditors at employer's request, the center heads ask employers to pay the corresponding costs directly to themselves or to the instrument controllers,” Alain Noël Olivier Mekulu Mvondo Akame said.

The official indicated that this practice is a professional misconduct that has become recurrent because, “it is not a private operation, but a mission of the organization”.

Mr Mekulu Mvondo reminded the concerned managers that any cost incurred by the employer to ensure auditors’ transport are to be covered only at the center's cash desk, on the basis of a statement in accordance with the regulations in force and approved in advance by the competent regional director.

“Any violation of this rule is considered an act of misappropriation and sanctioned as such,” says the MD.