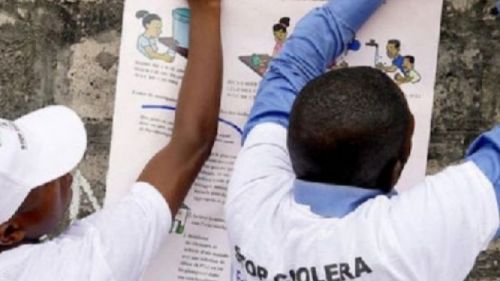 No, Buea is not facing a cholera outbreak

The cholera epidemic is rather in Idabato, in the Bakassi district

There is a strong rumor about a cholera outbreak in the town of Buea, the capital of Cameroon’s South-West region. “We got news that one person died of cholera in Mile 16 Buea,” a Facebook user wrote. Actually, it is just a bad rumor.

It’s true that the region faced a cholera outbreak in November last year but the town of Buea is officially cholera-free now. “The confirmatory test was negative, meaning the Mile 16 area, especially the Buea Health District, is not facing a cholera epidemic,” said Dr. Ebongo Zacchaeus Nanje, the Regional Delegate for Public Health. In reality, the cholera epidemic is rather in Idabato, in the Bakassi district. According to Dr. Ebongo, the measures taken to contain the epidemic and prevent spreading have been positive so far, since “we are recording fewer and fewer cases.”

Cholera is a diarrheal disease that is contracted by consuming food or water contaminated with the Vibrio cholerae bacterium, and also through contact with carriers of the bacteria. The health authorities invite the population to strictly respect simple hygiene rules such as washing hands with soap before meals and when leaving the toilets, and washing fruits and vegetables with bleach (3 drops of bleach per liter) before eating them.