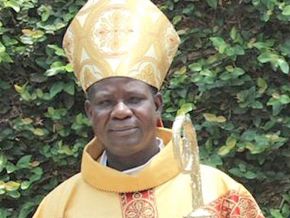 Was there an assassination attempt on the life of Samuel Kleda ?

It is said that there was an assassination attempt on the life of Bishop Samuel Kleda. True?

On May 3, 2018, around 9. 30 PM,  a bullet fired from outside went through a window of Douala archbishop’s residence. This was announced by a communique published by the vicar general. According to credible media sources, the sound of the fire shook abbot  Alain Nibile, the treasurer who was watching TV in the room whose windows the bullet passed.

He was the one who alerted Samuel Kleda and the other residents before the police and the coastal region’s attorney general came. The security has been doubled around the residence. For the time being, the culprit is unknown and there is no indication of the reason for the fire.

Some people think however that it is an attempt on the life of Bishop Kleda who does not hesitate to criticize the government. But, nobody can really tell.