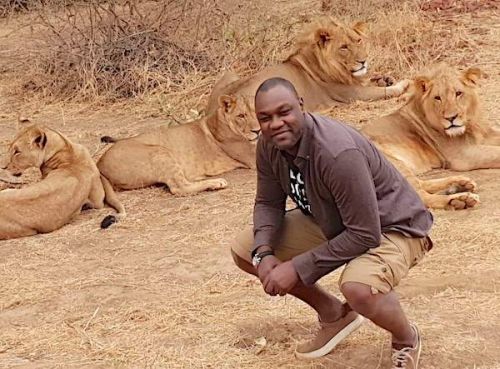 Yes, this picture of Patrick Mboma in front of lions is authentic

Is this picture of Patrick Mboma in front of lions authentic?

A picture shared recently on social media shows Patrick Mboma, former Cameroonian player, posing in front of lions (two males and two females). Some users think that this is an edited picture due to the proximity of the football player with those lions but it is an authentic picture.

It was taken at Bandia nature reserve, 65 kilometers from Dakar, Senegal. On its website, the management of that reserve explains that visitors can easily get closer to most animals.

The football player published the picture on January 12, 2019. Since January 18, it has been his official Facebook page’s cover. The same picture is also posted on his certified Instagram account among other pictures depicting his visit at the nature reserve.

One of those pictures show him beside a guide explaining something. As Patrick Mboma did, many people who visited the nature reserve have posted pictures of themselves with more or less dangerous animals. Such is the case of a woman playing with a lioness.