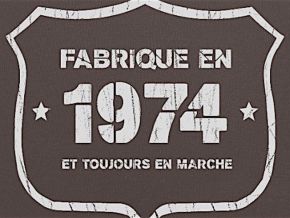 Ernest Ela Evina was supposedly appointed as director of the National Center for the Study and Experimentation of Agricultural Machinery (CENEEMA) since 1974.

Most of those who claim this are often taken lightly or as jokers but truth is they are right. Indeed, Ernest Ela Evina has been heading the National Center for the Study and Experimentation of Agricultural Machinery (CENEEMA) for the past 43 years.

The official has been appointed in 1974 by Cameroon’s first President, Ahmadou Ahidjo (May 5, 1960 – November 4, 1982), before the accession (November 6, 1982) to power of the current head of state, Paul Biya. Strange thing is that CENEEMA’s director is not much known and his pictures are scarce.

Regardless, he still leads an institution resulting from the German-Cameroon cooperation. Back in 1974, Ceneema had at its disposal a large batch of machinery and agricultural equipment operating across its four agricultural mechanization facilities, situated in Yaoundé, Garoua, Bambui and Nanga-Eboko.

However, following the crisis that shook the agricultural sector starting from 1985, causing a drastic decline in the prices of commodities and public investments, the CENEEMA began to crumble gradually and its director, Ernest Ela Evina, was therefore forgotten.