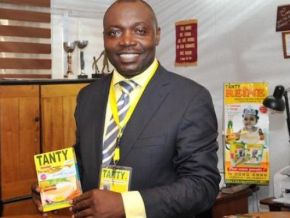 No, NTFoods’ employees are not required to react to every social media update posted by their CEO

A document shared on WhatsApp claims that employees that do not react will be punished. Really?

A document, shared on WhatsApp, claims that employees of NTFoods, which commercializes the Tanty brand, are required to react to all their CEO's publications on social networks or they will be punished. “All NTFoods employees are informed that, from now on, any post or publication by the Chief Executive Officer that remains without comment in the WhatsApp groups within 24 hours will simply result in sanctions for those who have not reacted,” the document, dated 2 November 2019 and bearing the company’s stamps, informs.

This is a fake document, NTFoods says. According to Thierry Nyamen, the company’s managing director, every official document published by the company has a letterhead.

In addition, he indicates, the document contains many inconsistencies and spelling errors. It was also signed by someone other than NTFoods' boss (a point that should invalidate the document’s authenticity). This signee, Dang Ambamba, could not even be found in the personnel database.

“The company employs 70 people, including machinists who do not have the primary school leaving certificate or even a cellphone to comment on every Facebook and WhatsApp post,” Thierry Nyamen says.