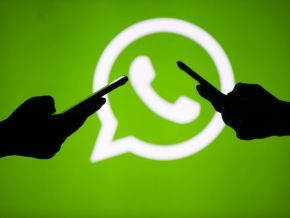 No, Whatsapp will not become a paid app

Rumors have it that the social media app will become a paid app early this month of July 2019. Is it true?

In the week of July 1 to July 7, 2019, a message was extensively shared on Whatsapp announcing that fees will be applied by the social media app for each message. According to the message being shared, users will have to pay $0.01 per message. In order not to become paying members, recipients of such message are advised to transfer the same message to 30 of their contacts. That way “they will be noticed as regular users and the banner of their app will turn blue and remain free forever.”

For more credibility, obviously, the message is said to have been disclosed during a news brief on French Television TF1 without stating when. In fact, it is a hoax. On the app’s website, there is no such announcement.

Let’s note that this is not the first time such rumor is being spread on social media. It appeared in 2012. That same year, fact-checking website Hoax-slayer debunked the myth and Whatsapp published an official statement. " Please understand that this is a hoax and there is no truth to it. While we are flattered that we made it to Hoax Slayer, we would rather work on cool new features instead of debunking silly stories like these," Whatsapp wrote.

Apart from the official denials, a fact that should indicate this is a hoax is that, the app should have become paying on July 6, 2019, at 06:00 pm per the message. As of today July 8, 2019, nothing has changed.