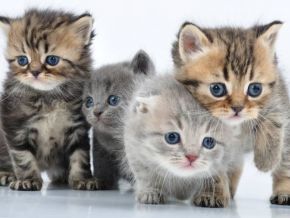 It seems that men and women of this ethnic zone are keen on the meat of this little beast. True?

If you have opted for a cat as a pet, you have to be very vigilant. There will always be someone who appreciates this meat prowling around your house, ready to catch your “Kiki” for a broth for which he and his friends have the secret.

The danger is especially great if your neighbour is a native of Beti (Ewondo, Bulu, Eton), Bafia, Bassa’a among other ethnic groups.

Actually, people from the Great South of Cameroon (region of Centre, South, Sanaga-Maritime and East) are broadly speaking fans of cat meat.

Footballer Jean II Makoun, from the Bassa'a ethnic group, has become the figurehead of cat eaters. This Indomitable Lion does not hide his preference for this meat. Gossip says that he indeed obtains mass supplies when he is back home.

In other societies, the myth about the 7 lives of a cat make it a sacred and very mystical animal. Among the Bakossi, Anglophone group of the South-West for example, cat meat is taboo for women; only old men and the initiated have the right to eat it.

In any event, cat consumption is becoming more and more widespread. Across the country, the brave hearted grab it, smother it in a sack and make it into a stew. From meow to yummy!