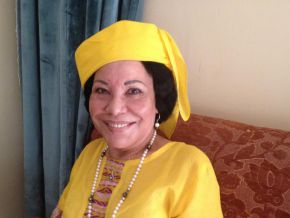 Would the date of Youth Day Celebrations be a tribute to the birthday of former First Lady Germaine Ahidjo ?

Legend has it that the former President of Cameroon, Ahmadou Ahidjo, chose the date of 11 February as Youth Day in remembrance of his wife's date of birth.

This is a legend that seems ridiculous. But, it thrives. Indeed, certain Cameroonians declare that the choice of “11 February” as the date for Youth Day Celebrations by the late President Ahidjo, was not without significance. “It was to pay tribute to his wife Germaine Ahidjo, born on 11 February”, the legend believes. This is far from the truth, indicates the Minister of Youth and Civic Education (MINJEC). Because, the biography of the former First Lady states simply that that she was born “around 1932”, in Mokolo in the Far North.

In fact, the Minister of Youth explains that, Youth Day resulted from a desire to bring closer the young people in the two parts of Cameroon (Anglophone and Francophone).

After independence in 1960, an observation mission from the Youth Office of the Commission for Youth, Education and Sports, went to West Cameroon. On return, the Commission for Youth produced a report and requested from the federal authorities, the institution of a National Day to promote the role of the youth and encourage them in the building of the young independent state.

The date of 11 February was thus selected, with reference to the Referendum of 11 February 1961 where the Southern part of the country voted in favour of staying with Francophone Cameroon, independent since 1960, while the Northern part chose integration with Nigeria.

It is however important to state that at the beginning, Youth Celebrations were held throughout an entire month. The month of February. Only, what the country gained symbolically, it lost economically. Because commercial, industrial activities and other services could not remain in full operation. Not to mention disruption of the school year. This is why, Youth Celebrations now take place over one week.