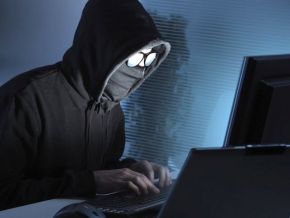 Yes, you can report cybercriminals in Cameroon via the following shortcodes : 8202 and 8206

Social media posts indicate that thanks to a toll-free number set by the ANTIC, anyone cyberbullying you can be arrested. Is it true?

According to a Whatsapp message, "thanks to to the national IT and communication agency ANTIC, you can find a user who has decided to pester you on the internet." The only thing to do is to call the following toll-free numbers 24H/24: 8202 and 8206 to report to ANTIC.

This is true. The agency indeed created the toll-free numbers to let people report cybercriminals. The agency indicates that this is to secure cyberspace.

According to the agency, despite the opportunities and advantages offered by the IT sector, “there are individuals hidden somewhere using technology to carry out malicious acts harmful to the economy.”

The ANTIC has therefore decided to address this issue via institutions like the CIRT (cyber incident response team), which takes measures to prevent cyber attacks and identify authors of such acts.

According to the ANTIC, about 12,000 complaints have been received in the past five years. Most of these complaints involved "mobile money" scams, "phishing", identity theft and fake news.

"Fake news is rapidly booming. People use real or fake accounts to share information aimed at promoting violence or hatred. Thanks to the recent collaboration between Cameroon and Facebook, we have the possibility to counter these phenomena,” the CIRT indicates.

The cybersecurity law of December 21, 2010, plans for two years of imprisonment and XAF10 million fine for anyone publishing information via IT but is unable to bring evidence to corroborate it.