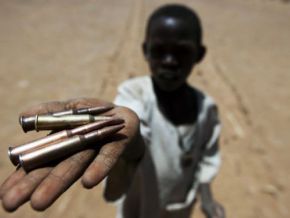 It is said that the students had a prototype which serves for traditional guns making.

It happened at the bilingual school of Nyalla. According to the daily Mutations, six students in form 3 and 4 were caught gambling inside the school. The case could have stopped there if after searching them, the school authorities did not find a gun in one of the students’ bag.

The daily revealed that they were discovered by the general superintendents after a student alerted them.  After a cross-check of the gun by a serviceman and a constable, it was revealed that the weapon was, in fact, a prototype artisanal gun that manufacturers use in designing guns. Actually, there is no answer to what the student carrying the gun intended to do with it nor where he found it. Still, after this incident, it is right to question security in schools.

It should be reminded that last September, in Yaoundé, the legs of a student in form 8 at La Retraite were burned by acid. CRTV and Cameroon Tribune which revealed this reported that the lad stole one of his father’s bottle of acid in order to bring it to school.  But, bad luck, the liquid poured into his bag after the bottle was opened, and reached his legs scorching the arm of one of his fellow in the taxi at the same time.