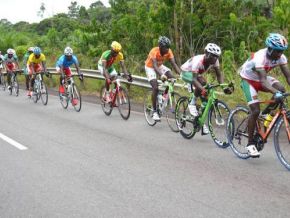 Rumors claim that the sixteenth edition which should take place on March 10 has been cancelled. True?

On March 9, 2018, Tour du Cameroon which should take place from March 10 to 18, was cancelled. The news was initially broken by the Rwandan cycling federation on Twitter:”Tour du Cameroon cancelled just hours before it starts due to lack of funds. Our team had arrived in Yaoundé already. They are coming back tomorrow”, the tweet reads.

It has later been confirmed via the national channel CRTV. As it was mentioned in the tweet, it has been canceled for lack of funds.  "The competition depends essentially on state fundings and it is a handicap", one of Cameroon’s cycling federation’s former president said.

To cope with the lack of funds, the steering committee reduced the steps from 15 to 8, it was however not sufficient so, it threw in the towel.