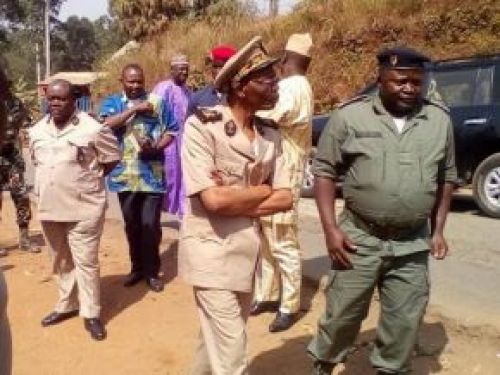 Five suspects jailed after the attack in Bamenda

Five suspected persons have been arrested following the attacks that occurred on March 8 in Bamenda. The information was given yesterday March 9 by the Northwestern region’s governor, Adolphe Lele Lafrique (pictured), in an interview with Cameroon Radio Television.

Mr. Lafrique said the men, whose identities are not known yet, are being interrogated to shed light on the Sunday's attack.

On the morning of Sunday 8 March 2020, amid the International Women's Day celebrations, an improvised explosive device detonated, killing one soldier and leaving seven “seriously injured,” including four soldiers, two police officers, and a civilian.

The attack was claimed by Ayaba Cho and Tapang Ivo, two activists based outside Cameroon, who claim to be leaders of the Ambazonia separatist movement.