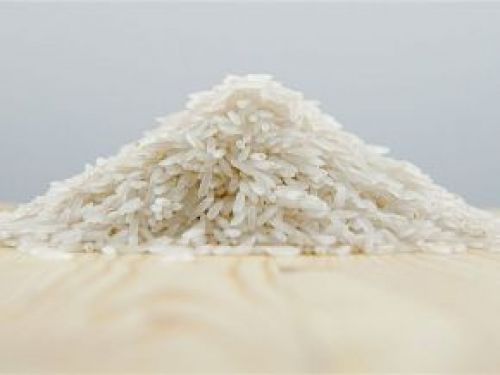 To date, there are no Pakistani rice brands with virus distributed in Africa

After the rumors about plastic rice exported by the Chinese to Africa last year, this time, the rumors are about rice imported from Pakistan.

Rumors sparked recently about a brand of rice (Dana) not meeting the production standards and infected with a virus raging only in Pakistan, which is imported to Africa. The brand indexed in the rumors is produced by AFN Entreprises, a Pakistani group specialized in rice, spices, lentil and dried fruit exports. On its website, the group states that it is the largest exporter of basmati rice in Pakistan.

This rumor was first posted on June 25, 2018, on the Facebook page of a certain Baba Aïdara, a Senegalese influencer. Initially, the post just warned that Dana rice from Pakistan was contaminated by a virus.

Some Cameroonian pages then polished it saying the said rice has already been cleared to cross the border and is being distributed because the importer paid bribes to authorities. Contacted via Facebook messenger on June 28, 2018, about the type of virus and the ports where the rice is, Baba Aïdara who first published the post did not reply.

In the meantime, after investigations, it was discovered that some variations of these rumors have been posted on Jamaican and Zimbabwean social media pages and groups. These rumors were however dispelled by those countries’ port authorities.

Apart from those warnings issued here and there, no official warnings had been issued against this particular rice brand. Moreso, there is no official mention of a virus only raging in Pakistan which could be transmitted by eating rice from that country.

Let’s remind however that in June 2013, the quality of Pakistani rice was decried by Mexican customs. At the time, Khapra beetle or Trogoderma granarium was found in 3,000 tons of rice during verification of 120 containers from Pakistan. These loads were isolated but, a year later, oryza.com announced that the load was redirected to Africa.

It is also worth reminding that studies have been conducted on the occurrence of aflatoxins (AF) in basmati rice and brown rice produced in Pakistan. An example of such study is the "Occurrence of aflatoxins in export-quality Pakistani rice" ( Shamma Firdous et al., Journal, Food Additives & Contaminants: Part B, Surveillance, Volume 5, 2012 - Issue 2 ), realized on 579 brands of rice collected from various suppliers in 2010. This study revealed that the concentration of aflatoxin varies according to the period of the year. In March, July and August, it is relatively high (possibly because of climatic and environmental conditions).

Another study,  "Occurrence of Aflatoxins Contamination in Brown Rice from Pakistan" (Mohammed Asif Aghar & al, Iranian J Publ Health, Vol. 43, No.3, Mar 201 4, pp.291-299) was realized on 262 samples of brown rice (collected from various suppliers between July 2006 and June 2011). In 2014, this study revealed that the volume of AF in 188 samples (71.7%) was 4 μg/kg below the maximum tolerated level in the European Union.  In 61 of those samples (23.3 %), this level was between 4-20 μg/kg, still good for human consumption according to the MTL (20 μg/kg) in the United States of America (FDA and FAO) and in Pakistan (PSQCA). One sample had 27.27μg/kg, a volume over the compliance level. After that study, the experts concluded that presence of such small quantities of AF could justify regular routine surveillance and analysis.

Aflatoxins are toxins produced by some Aspergillus flavus and A. Parasiticus type of fungi. According to the World Health Organization, this fungi is found everywhere in the world and we are exposed to it most of the time through nuts and seeds. Therefore, it could not be said that it is specifically found in Pakistan. It is however worth mentioning that an important volume of aflatoxins can cause hepatitis attacks.

In addition, these rumors about the rice from Pakistan is a hoax since the information could not be verified and is spurred by various feelings.

The company mainly indexed in the post has not reacted but in Nigeria, Dana Rice from the Dana Group of companies limited has been affected.

Due to this, the company’s communication manager clarified things via the media.

According to statements published by the Daily Trust, Kingsley Ezenwa, the communication manager of Dana air (a subsidiary of the group affected by the rumor), explained that Dana group stopped rice import in 2015 according to government’s directives and wishes to develop the local rice production in Nigeria.