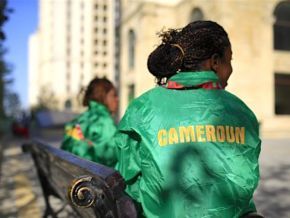 It is true: Five Cameroonian athletes fled once they reached Australia

It is said that they left the Cameroonian delegation. True?

They were part of the Cameroonian delegation of 67 members (42 athletes, 13 technical supervisors, 6 health official and 6  executives) sent to the 21st commonwealth games.

In an interview with the BBC, Simon Molombe, the delegation’s press officer clearly stated that they deserted. Some deserted on April 9 while the others fleed on April 10. So the athletes took the opportunity to set in Australia and not even the bonuses (CFA5 million for gold medals, CFA3 million for silver and CFA2 million for bronze) promised by the sports minister could help them rethink their plan..

It is important to note that this is becoming a common practice with Cameroonian athletes. Indeed, during the 2012 Olympic games in London, seven athletes deserted.