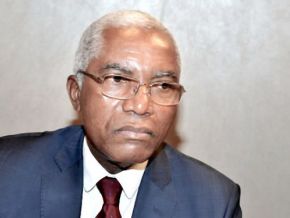 On social networks, it is even said that applicants must pay some fees to apply for a job.

This is not true, says the marketer in a statement published on September 7, 2017. Indeed, Tradex tells the internet users community that they are in no way hiring personnel, as suggests a statement currently circulating on social networks.

A few hours after the first statement was released, the firm’s managing director, Jean Perrial Nyodog, declared: “a rumor claiming that Tradex is hiring 126 young people is currently circulating on social networks. We would like to inform the general public that this announcement is false and does not come from our company”.

Jean Perrial Nyodog thus urged those applying for jobs at Tradex to be more vigilant in order not to be tricked by individuals behind many scams on social networks. “We would also like to recall to all those interested that our job offers are available on our website (www.tradexsa.com), on our Facebook page (facebook/groupetradex) and our Twitter account (twitter.com/tradex_sa),” the MD added.

Nyodog finally concluded indicating that for spontaneous applications, it is recommended to directly apply for the desired position via the website, under the “CV-Theque” section.