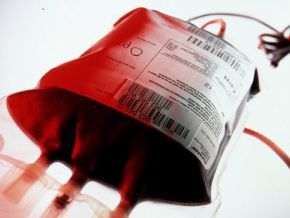 It is said that the informal trade of blood bags is very widespread in hospitals. True?

Officially, blood donations are voluntary and unpaid in Cameroon as it is everywhere else. In theory, the hospital staff provides sandwich and a cup of milk or fresh drink to refresh the donor, just after they have taken the blood. However, around public hospitals and private clinics, donors have converted this to a profitable trade.

“They scour the entrance of Laquintinie and Douala general hospital. Once blood is needed, the hospital staff discreetly call them. In this trade, the blood of bag cost CFA8, 000. Sometimes, the illegal donor moves from the general hospital to Laquintinie hospital from three and vice versa” a nursing attendant who has been the victim of such trade in September 2017 reveals.

The journalist Charles Nforgang, author of an investigation on the subject, reveals that in 2002, the price per bag was higher. “The price of a bag of blood outside the hospital varied between CFA20, 000 and CFA30, 000. Rh-negative cost the most” he indicates.

This trade persists because of the acute lack of blood bags in hospitals in Cameroon. Indeed, according to a report by the ministry of health, out of an annual need of 400,000 bags, only 45,000 are available. This represents a shortage of 355,000 blood bags. Also, a blood bag tested and secured averages CFA17, 500 in the blood bank.