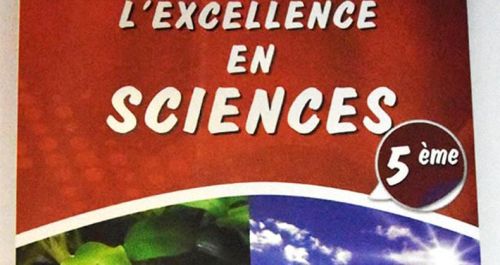 No, "L’excellence en science" has not yet been removed from the curriculum

It is said that the controversial schoolbook is no more on the list of textbooks to be used. True?

Some internet users thinking that the minister of secondary education has removed the controversial science book from the curriculum are expressing their gratitude.

But, this is not yet the case, at least, there is no official instruction in that regard. On September 6, 2018, a petition was launched for the book’s removal because some of its contents are deemed pornographic.

Anyway, if ever the book is removed, it won’t be the first time. In 2017 for instance, ‘Moving On, Student's Book 2’ to be used in the Anglophone region was removed from the schoolbooks because some extracts promoted secession. There were also ‘Collicools’ and ‘Le secrétaire intime’ in 2010.

Collicools was removed because it was not written by the author mentioned on it (Guillaume Apollinaire) (..). As far as ‘Le secrétaire intime’ is concerned, authorities explained that its content was in conflict with the moral values advocated by Cameroon’s educational system.