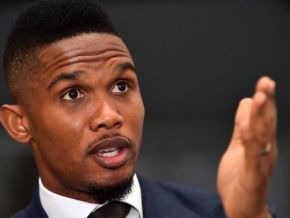 It is said that the renowned player has explained his recent change of complexion. True?

Samuel Eto’o Fils has reacted to the virulent criticisms, on social media, about his recent complexion. Indeed, questioned by our peer magazine jewanda-magazine.com, the Cameroonian player explained that his complexion has changed from black to pinkish brown because of a laser therapy which should last for a year approximatively.

“And, one of the immediate unpleasant effects of this is that it lightens my complexion after each therapy, fortunately, my real complexion comes back sometimes later. I AM STRONGLY AGAINST BLEACHING. There is nothing more beautiful than your real complexion, whatever it be”, he said.

However, the fervent advocates of black complexion on the internet are not satisfied with his explanation. The columnist Binkù La nerveuse, which has made ndjansan (bleaching) her fight on Facebook says she is skeptical. But well, there will always be some unconditional fans to defend Samuel Eto’o Fils even if he bleaches his complexion.

Here is the live video of his therapy.