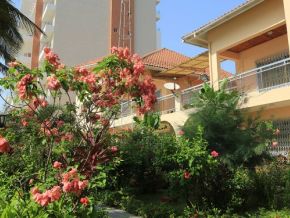 Yes, there is a neighborhood named Cameroon in Guinea Conakry

It is said that there is a neighborhood named “Cameroon” in Guinea Conakry because of the Cameroonian refugees who lived there. True?

In March 2018, some Guinean media announced that the center for women entrepreneurs would be built at the neighborhood 'Cameroon'. Having read this, some Cameroonians expressed their amazement on Twitter.

Well! Yes, there is an upmarket area in the Guinean capital city named  'Cameroon'.  This area is well known for the cemetery (also named Cameroon).

Indeed, the Cameroonian nationalist and president of UPC Félix-Roland Moumié was buried in that cemetery but, his grave has been desecrated since. According to history, the man was poisoned with thallium on November 3, 1960, in Geneva, Switzerland and buried in Guinea Conakry.

It should also be noted that many Cameroonians (UPC officials essentially) found refuge in Conakry after Cameroon’s independence in 1960 and they died there.