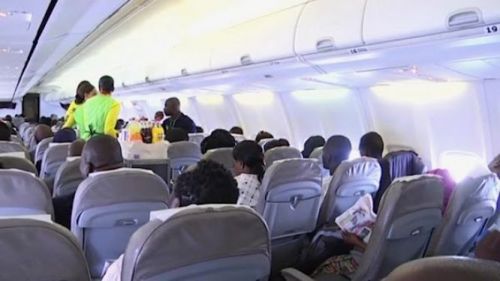 No, Camair-co is not recruiting 130 stewardesses this month

A message shared on social media suggests that Cameroon’s airline is currently recruiting 130 stewardesses. Well, this is a fake information.

In a statement issued June 10, the company denied the information and stressed that all its communications are published through official channels including its website and its social media pages. Ads are also announced via local media.

A good observer would have seen that the ad is fake since the company has been going through difficult times recently, meaning it could not be hiring at this time. Also, between 2016 and 2018, Camair-co trimmed staff to 568 workers from 814.

In addition, as recently as 9 April 2019, the employee delegates of the Cameroonian national airline requested payment of wages for the months of February and March 2019.

During three fiscal years 2015, 2016 and 2017, Camair-Co recorded cumulative losses of more than XAF34 billion. With such a situation, Camair-Co cannot afford massive recruitment as announced on social media.